In this blog post, we will delve into the evolution of architectural trends over time otherwise called the emerging expression of the Age in architecture. Starting with the current trends, we will trace back to the Victorian era. The goal is to empower architects and designers to stay ahead of the curve by being able to anticipate and incorporate the latest architectural styles and movements into their designs.

The term “emerging expression of the age” refers to how societal and cultural trends are evolving and changing over time. This can include new forms of art, architecture, music, literature, technology, and social trends that reflect the values and concerns of the current generation. It can also refer to new ideas and movements that are gaining popularity and influence in society.

Architectural expressions of the age have been shaped by various factors throughout history, including technological advancements, social and cultural changes, economic conditions, political and ideological influences, environmental and ecological concerns, urbanization and globalization and advancements in technology and computational design. These factors have allowed architects to create new forms and styles of buildings that reflect the changing priorities and values of society.

Currently, we are in a time where energy needs, environmental concerns, technology and computational design are playing a significant role in shaping architectural trends. This has led to the emergence of sustainable/green architecture and parametric design as popular trends in architecture today.

Parametric architecture is a new approach to design that utilizes computer software such as Solidworks, Fusion 360, Rhino with Grasshopper plugin, etc, to create complex and dynamic forms. It is based on a set of parameters or rules that can be adjusted and manipulated to make different design options by using computer algorithms that generate a wide variety of design options based on set parameters, such as building programs, site conditions, and construction constraints. This enables architects and designers to create forms that are not possible with traditional design methods.

Past Trends in Architecture

It is marked by a playful and eclectic approach to design and the incorporation of symbolic forms and shapes. It was a reaction to the perceived austerity and lack of ornamentation of modern architecture, which many architects felt had become formulaic and uninspired. The architects and buildings associated with postmodernism are notable for their rejection of the strict functionalism and minimalism of the International Style, in favour of more diverse and expressive forms, often using historical references and elements, sometimes reinterpreted in a contemporary way.

It is characterized by its use of raw concrete, often left unfinished or exposed, and its focus on functionality and structural honesty. It is known for its massive, monolithic forms, a strong emphasis on geometry and simplicity, and use of industrial materials such as concrete, steel, and glass and the architects associated with Brutalism emphasized the use of simple geometric shapes and the honest expression of materials and construction techniques.

It is characterized by its bold geometric shapes, bright colours, and the use of new materials and technologies of its time. The style is marked by a combination of traditional and modern elements, with a focus on luxury, glamour, and exuberance. Art Deco buildings are often characterized by their bold geometric shapes, zigzag patterns, and stylized motifs such as sunbursts, chevrons, and stylized figures. They also often feature elaborate ornamentation and the use of luxurious materials such as marble, chrome, and glass. Art Deco was a popular style in many parts of the world, especially in the United States, Europe, and South America. It was a major style in architecture and design in the 1920s and 1930s, it was also widely used in interior design, graphic design, fashion, jewelry, and other decorative arts.

Modern architecture is also known as International Modernism or the International Style. It is characterized by its emphasis on simplicity, functionality, and the use of new technologies and materials. The style is marked by a lack of ornamentation, an emphasis on clean lines and planes, and an absence of historical references. Modern architecture buildings are often characterized by their lack of ornamentation, the use of new materials such as steel and glass, and the emphasis on clean lines and geometric shapes. They are also known for their use of the latest technologies at the time such as air conditioning and the incorporation of open floor plans. It’s worth noting that Modern Architecture was the first architectural style to be known as a “style” with clear aesthetic and design principles, and it was a major influence on the development of contemporary architectural styles.

Beaux-Arts originated in France. Its aim was to break away from the strict formality of the old style from the Middle Ages and the Renaissance. The resulting architecture was characterized by its emphasis on classical forms and ornate decoration, and its use of iron and glass. The style is marked by the grandeur and a sense of monumentality. Beaux-Arts buildings are often distinguished by their grand scale, their ornate decoration, and the use of traditional architectural elements such as columns, pediments, and domes. They also often feature rich materials such as marble, granite, and ornate metalwork.

Art Nouveau was a deliberate attempt to create a new style, which was meant to be a deviation from the existing trends that dominated much of 19th-century art and design. The resulting architecture was characterized by an emphasis on organic, flowing lines, stylized forms and the use of glass and wrought iron brought about by the dawning of the industrial age. Art Nouveau buildings are often identified by their use of flowing, asymmetrical lines, and the use of natural forms such as flowers, leaves, and vines in the design. They also feature the use of the latest technologies of the time such as electricity and the elevator.

The Victorian style, which emphasized beauty over practicality, developed significantly from the grand and ornate Gothic style. The resulting architecture is characterized by its ornate decoration and its use of wood and stone exteriors. The style is marked by a revival of traditional forms and motifs, combined with the use of cast iron and steel. Victorian architecture buildings are often distinguished by their ornate decoration, which typically includes intricate detailing, such as gingerbread trim, ornate gables and porches, and a variety of ornamented roofs, towers, and chimneys.

In conclusion, the evolution of architectural trends is a reflection of societal and cultural changes throughout history. From the Victorian era to the present day, architects and designers have been influenced by a variety of factors such as technological advancements, social and cultural changes, economic conditions, and environmental concerns. The current trend in architecture is focused on sustainable and green architecture, and parametric design, which utilizes computer software to create complex and dynamic forms. This blog post has highlighted the key architectural movements and trends throughout history, and the architects and buildings associated with them. By understanding the emerging expression of the age, architects and designers can anticipate and incorporate the latest architectural styles and movements into their designs, staying ahead of the curve and creating buildings that reflect the values and concerns of the current generation. 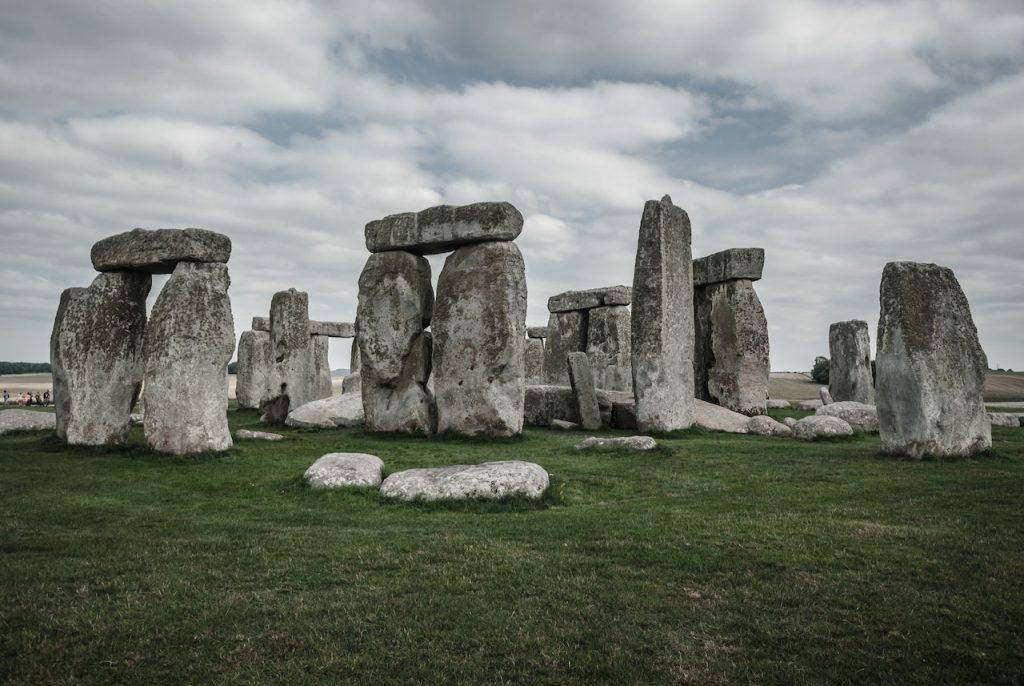 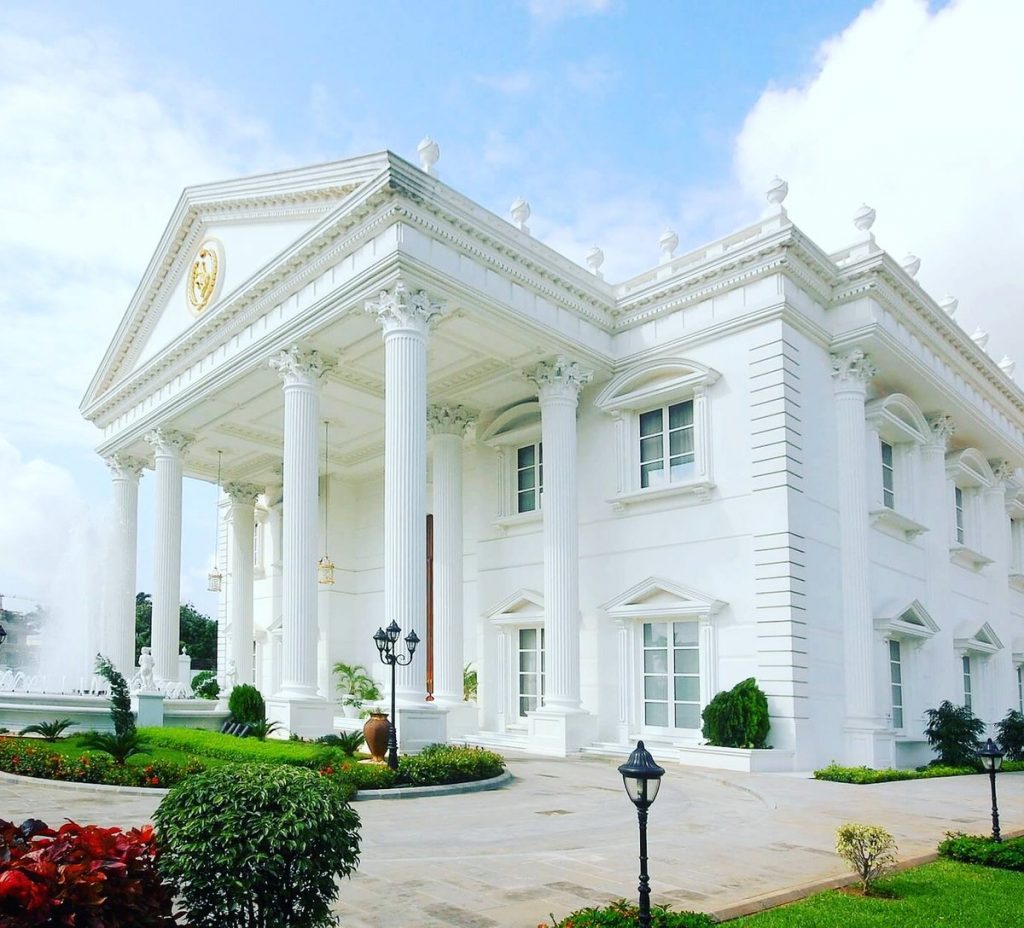 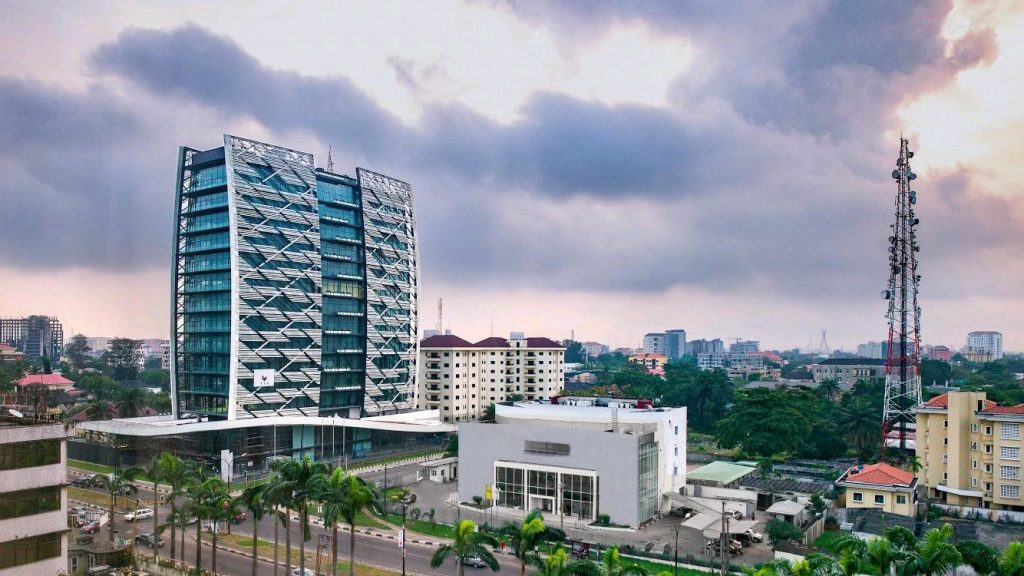 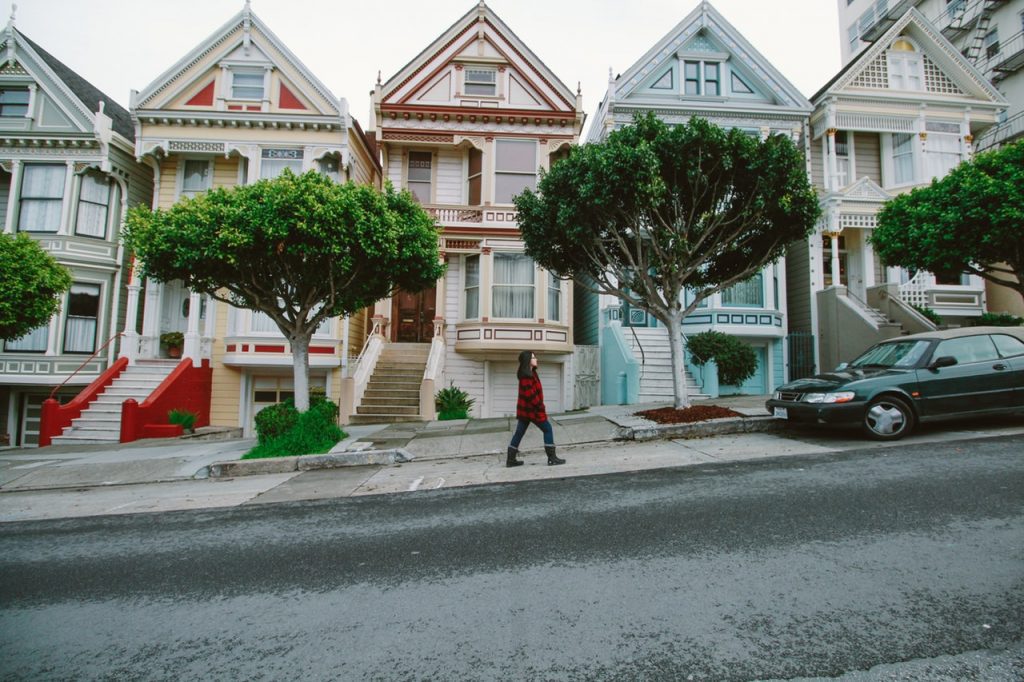 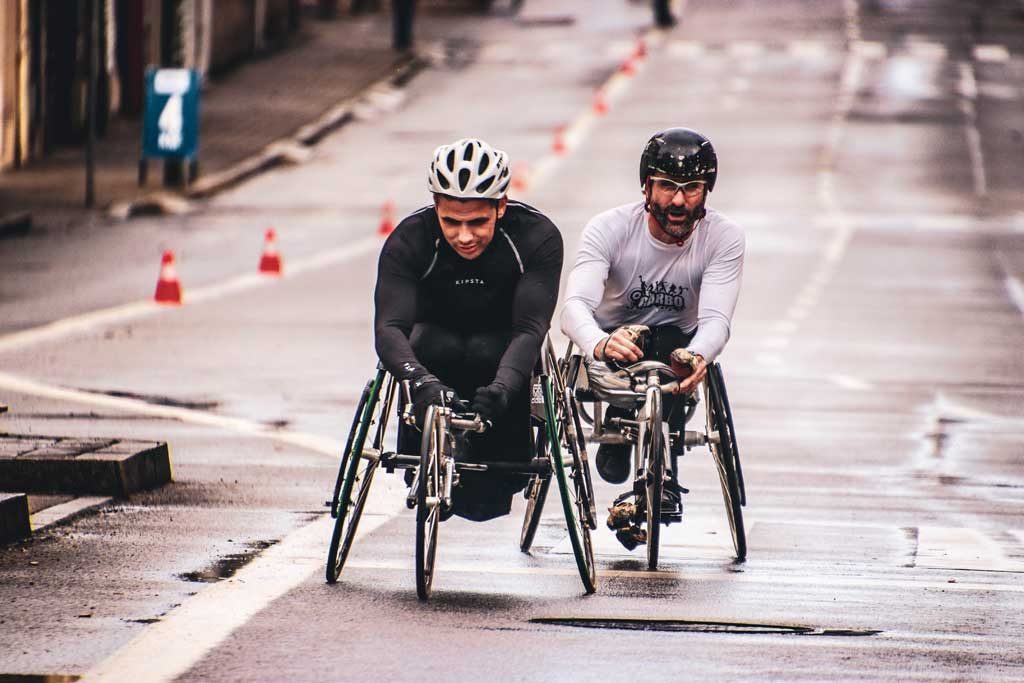 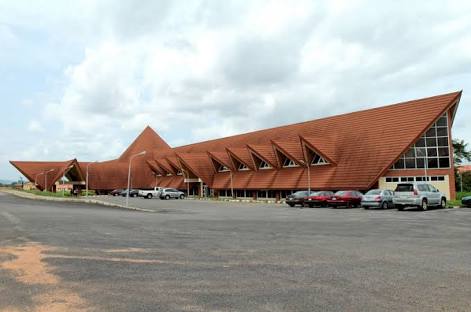 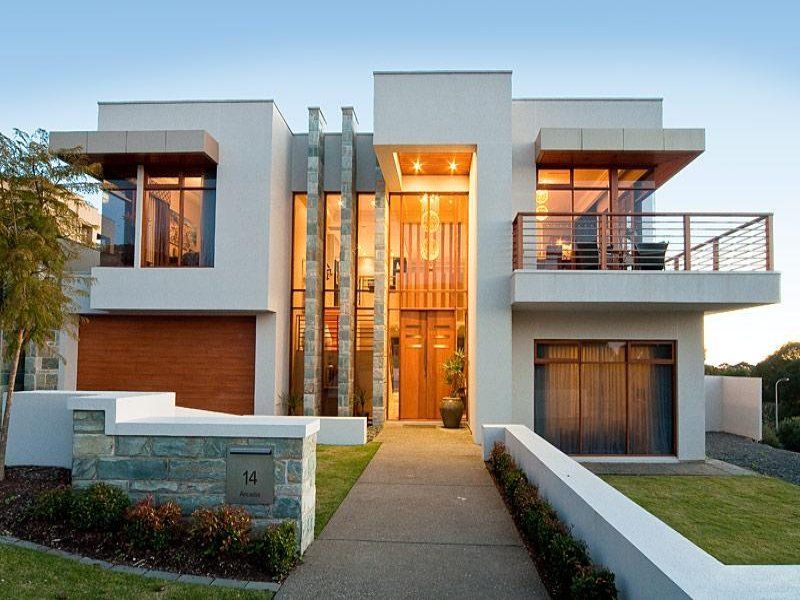 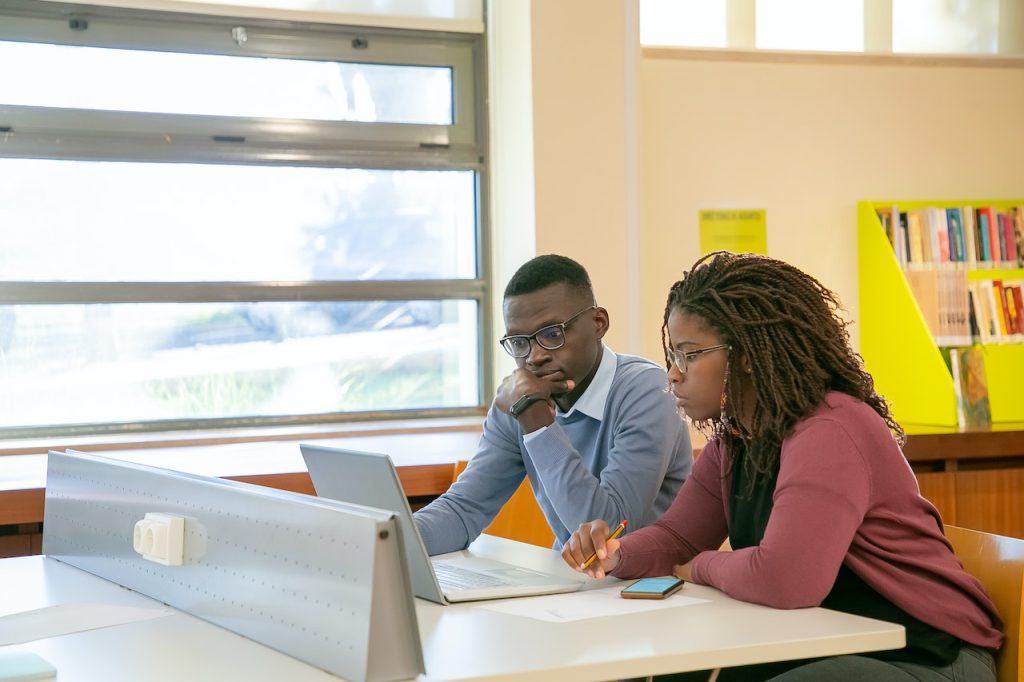